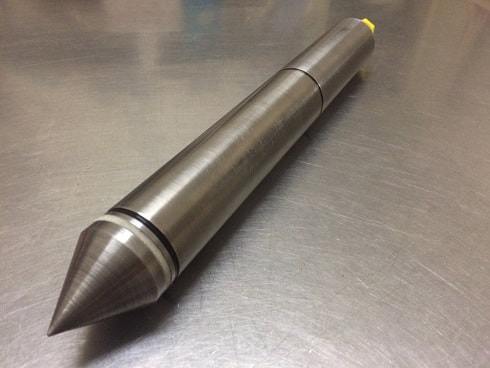 A cone penetration test rig pushes a cone (36mm diameter) into the ground, generally up to 30m below the surface or until the cone reaches a non penetrable hard layer.
​
The cone contains electronic measuring systems that records tip resistance, sleeve friction and pore water pressure.

As the cone is pushed into the ground, the soil responds with differing degrees of resistance. This resistance is recorded using the sensors within the cone, at intervals as close as every 10mm, and constantly being sent back to the rig and recorded on a computer.

The data provides a profile of the subsoil layers.

Cone penetration test data is used by geotechnical engineers to understand the soil properties (the relative density of the soil and soil behaviour type, both of which are calculated from the cones tip resistance and sleeve friction).

The in-the-field time to complete a cone penetration test is dependent on the target depth but typically ranges from 30 minutes to 3 hours.

Depending on the reaction force of the CPT Rig, it can penetrate extremely weathered rock but it is not a suitable geotechnical investigation technique for rock sites. 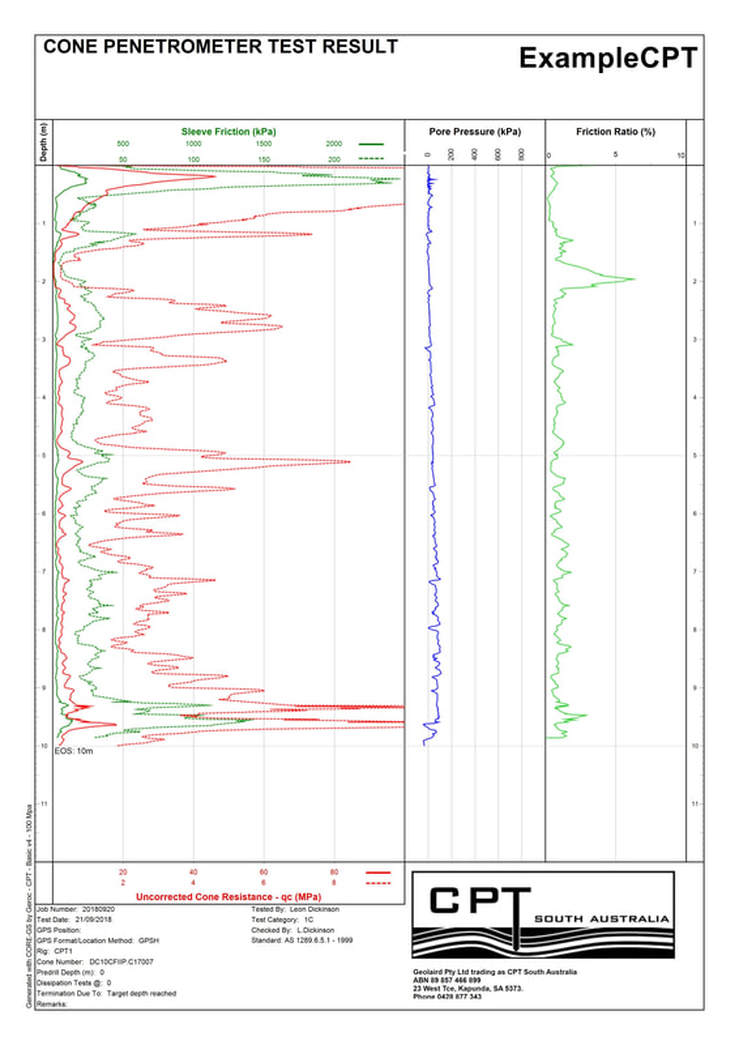